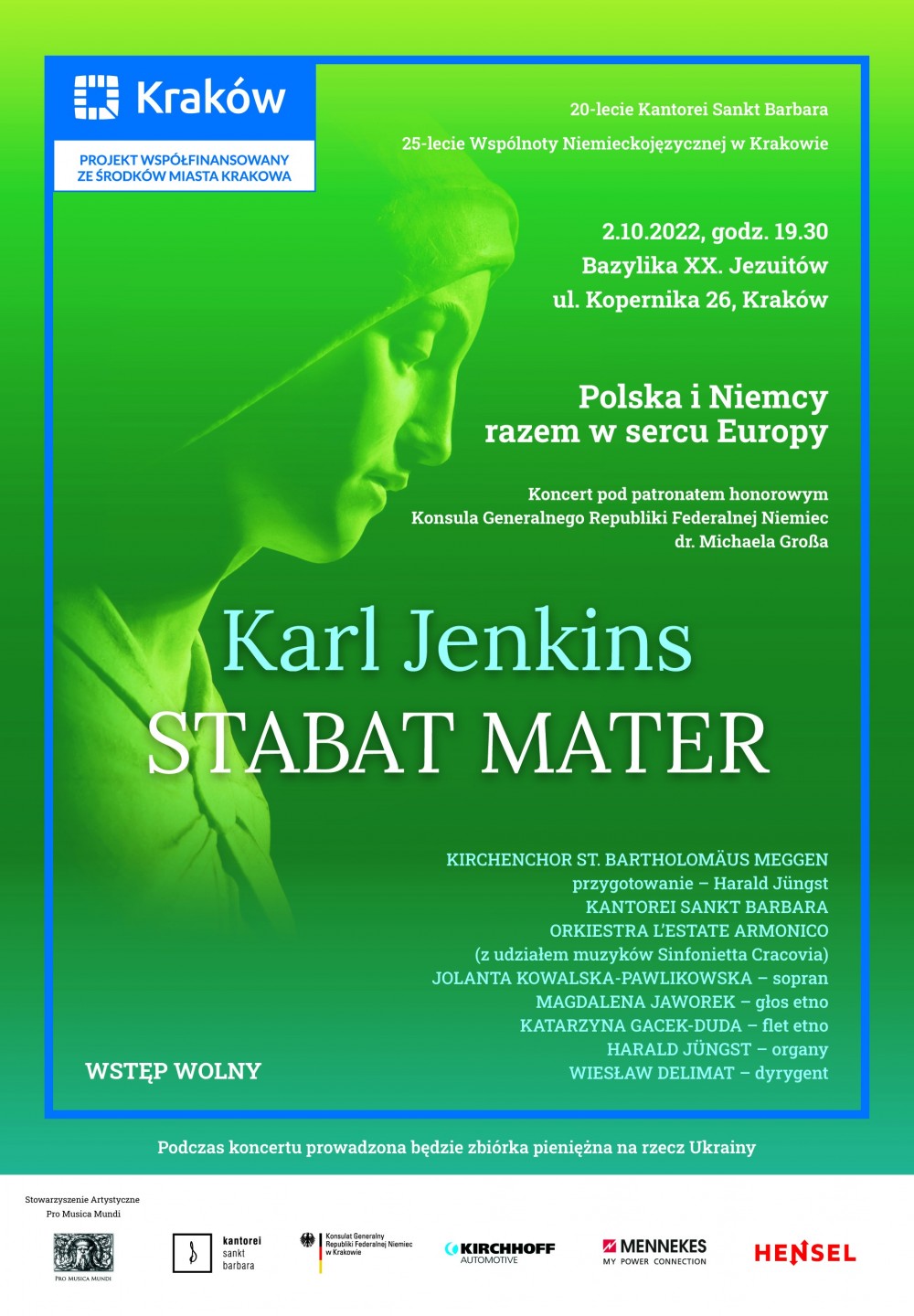 During the oratorio concert Poland and Germany Together in the Heart of Europe at the Jesuit Basilica, we will hear – for the first time in Kraków – Karl Jenkins’s famous work: Stabat Mater.

The composition for choir and orchestra is based on the 13th-century prayer Stabat Mater. Like much of Jenkins' earlier work, the work incorporates both traditional Western music (orchestra and choir) with ethnic instruments and vocals, this time focusing on the Middle East. Stabat Mater focuses on the suffering of Mary, but unlike most adaptations of the text, Jenkins uses languages other than Latin and his native English: Greek, Aramaic, early Arabic and Hebrew, which s serves as a reminder that the Western Christianity has its roots in the Middle East.

The concert is a celebration of 20 years of Kraków’s Kantorei Sankt Barbara choir and 25 years of German-Speaking Community in Kraków.